The right to food has been guaranteed under the Universal Declaration of Human Rights for more than 70 years. And yet, this pledge goes unfulfilled for so many around the world.

That includes in Toronto, Canada, a city committed to food security—according to the Food Charter that was passed unanimously by the municipal council in 2000. However, fast forward 20 years later and food insecurity continues to affect nearly 1 in 5 Torontonians.

FoodShare is one of the organizations that is making sure the value of food as a public good is not only stated on paper, but actually done in practice.

From food security to food justice

FoodShare was founded in 1985 by the City of Toronto, with the aim of finding systemic and long-term solutions to poverty and food insecurity. Today, the organization is well-respected within Canada’s largest city. It’s still known for taking a multi-pronged approach to food systems transformation, with a diversity of programs that focus on education, community outreach, urban agriculture, and more.

Katie German, Director of Advocacy and Programs, has spent the better part of a decade working with FoodShare. She says she respects the organization’s willingness to critique its own approach and its commitment to food justice.

There’s an important difference between food justice and food security. Food security is typically concerned with questions of whether people have enough food and access to sufficient daily calories. “It doesn’t necessarily ask questions around where there’s power imbalances, injustice, and inequity within both the food system and the food movement,” German explains.

These inequities often run along racial lines. Research done in partnership between FoodShare and PROOF revealed that Black households in Canada are 3.5 times more likely than White households to face challenges putting food on the table.

FoodShare works with Toronto neighbourhoods and communities that experience the most food insecurity in order to ensure food truly is a public good.

A new option for neighbours

Imagine a public park, the lobby of a community housing building, or the entrance to a seniors residence. These are a few of the places where you may come across a Good Food Market. The markets are a partnership between FoodShare, community organizations, and neighbourhood leaders.

No two Good Food Markets are the same, and community groups prioritize ordering what produce is most relevant to them. Sometimes that means ordering cultural food staples or placing orders based on affordability. The markets are one example of how alternative food infrastructure can more effectively serve people.

The Good Food Markets, and all of FoodShare’s programs, are run on a non-profit basis. They’re funded, in part, by FoodShare’s food distribution social enterprises. That includes the Good Food Box, which has inspired spin-off initiatives across North America.

For as little as $17 per box, Torontonians can receive a Good Food Box of fresh produce delivered to their door. It was here that FoodShare was able to pivot its approach during COVID-19.

Throughout its 35 year history, FoodShare has made it clear that it’s not a food bank, the likes of which can be ubiquitous with pre-packaged food or produce leftovers and not the dignified access to food mission that FoodShare stands behind.

But COVID-19 presented unprecedented challenges, and FoodShare found itself distributing free food for the first time.

Launching its Emergency Good Food Box, FoodShare partnered with 95 community agencies and grassroots groups to identify people who could use a free produce box. The boxes were

“Part of being a food justice organization meant that we applied that lens when looking at which community organizations we were going to work with and which recipients we wanted to prioritize,” explains German, saying that boxes went to migrant farm workers, sex workers, Black families, and other groups disproportionately affected by the pandemic.

FoodShare went from 300 deliveries a week to as many as 3,000. In the first two weeks of the pandemic they hired 65 people and re-assigned staff members who formerly ran school programs. Team members who couldn’t work from home are still receiving a $4 an hour pay increase and 10 additional sick days.

This Emergency Good Food Box response likely would not have been possible if FoodShare didn’t have the online ordering infrastructure, distribution system, staffing, and community connections to mobilize so quickly.

As an organization that has never run a food bank, German says it’s challenging for FoodShare to decide at which point it should stop distributing the Emergency Good Food Boxes—especially when there is such a demand.

Ultimately, that question feeds into FoodShare’s longer-term advocacy work. While immediate emergency response is important, the organization wants to continue appealing to policy-makers in a way that addresses food justice questions both during and after the COVID-19 crisis.

For German, the need for greater policy action can be summed up in one story: “We heard from one senior who had gotten an Emergency Good Food Box and a month later she got her next one. She told the driver that she hadn’t had any fresh produce since the last time the box was delivered, because she wasn’t going to the grocery store. So it’s nice to know you’re helping, but it’s also enraging to know this is the situation for people.” 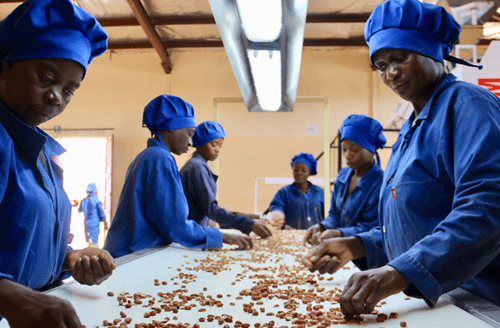 This initiative seeks to work toward healthy soil, healthy food, and a healthy diet in rural Zambia. The program equipped participants with farmer training in agroecological approaches and diversification with the goal of generating an alternative income and livelihood to the (illegal) hunting of wildlife. 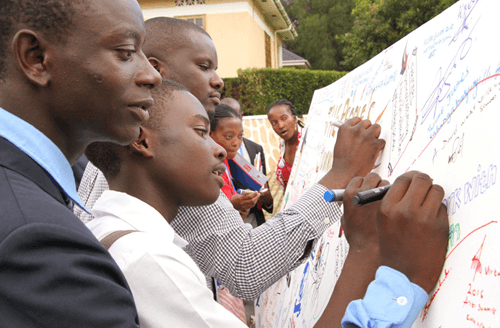 This initiative promotes healthy and sustainable food systems for all through different levels of strategy and intervention. The first strategy is to invest in small and medium enterprises. The second strategy is to create coalitions and platforms, including food change labs that foster local markets and promote systemic change. The final strategy is at the national level, in policy influence.