Municipality of Quito takes on COVID-19

Resilience and strong local food systems go hand in hand, and Quito, Ecuador, is proof of that. The Latin American city is regarded as a leader in putting food policy on the municipal agenda, through the creation of local institutions and partnerships. In fact, David Jácome Polit calls food the “basis of the development of a city.”

Jácome Polit should know. He is the Chief Resilience Officer with the Municipality of Quito, and led the creation of Quito Resiliente, the city’s resilience strategy released in 2017. The agrifood system is one of the plan’s main focuses.“[Quito’s agrifood system] is dependent because a large part of the food consumed in the city comes from other regions of the country and abroad,” wrote Jácome Polit in 2019.  “It is vulnerable because the city itself, and the regions that provide food face natural threats that can greatly affect the system and, therefore, the availability of food.” By strengthening local food systems, the resilience of the city is also bolstered.

Quito’s focus on food systems change started in 2002 with the launch of the city’s Participatory Urban Agriculture Project (AGRUPAR). AGRUPAR is a municipal program that focuses on building resilience at a household and city level by helping vulnerable Quiteños start small-scale farms. Those farms produce 1.35 million kilograms of fresh, ecologically-grown food each year, nearly 60% of which is eaten by the urban farmers themselves with the rest sold locally.

According to Alexandra Rodríguez, coordinator of AGRUPAR, it’s vitally important that this program be run locally. Municipal leadership enables the program to reach groups and areas not served by NGOs and private supermarkets. It also allows the municipality to link urban agriculture with activities related to culture, education, health, and environmental management—examining how food security fits into the creation of a thriving city.

In 2018, Quito’s focus on sustainable food systems culminated in the creation of the Agrifood Pact of Quito (PAQ), a municipal-led platform that resulted in a new city-wide strategy and agrifood charter to promote a sustainable, resilient, diversified, and inclusive food system.

PAQ includes 25 organizations and institutions of all sizes and sectors. Jácome Polit says recognizing these diverse actors and their roles within the food system is incredibly important to build consensus and have long-term impact.

Though he acknowledges that these actors may not always see eye-to-eye on how the food system should work, the strength of PAQ is that everyone is invited to the table, and has the chance of influencing local food policies.

Jácome Polit admits that these discussions are a work in progress. He adds that more formal spaces are needed in order to have these complex conversations and further institutionalize the PAQ platform and policies.

The PAQ and Quito Resiliente strategies meant the Municipality was able to lead a coordinated response when COVID-19 hit. “If we understand that a system works before a catastrophe happens, then that system has a better possibility to work after that crisis and respond in a better way,” said Jácome Polit during a webinar in May 2020.

Turning to data from Quito’s food and resilience strategies, the Municipality was able to quickly target the neighbourhoods and populations most vulnerable to diet-related health issues and food insecurity. The strategy also offered insight into how private supermarkets and public markets were spread across the city. This readily available information allowed officials to more efficiently deliver food to vulnerable people, improve retail distribution, know which products would likely sell-out first, and channel other efforts.

Another strength of Quito’s approach has been its focus on building resilience at different scales, including at a neighbourhood level. Like most cities, Quito is incredibly diverse, and availability and access to food differ greatly. This emphasizes the importance of hyper-localizing food resilience strategies.

During COVID-19, this hyper-localization has been led by local leaders in 373 Quito neighbourhoods—a network established as part of the city’s broader resilience strategy. These individuals play a key role in identifying who needs support, the kind of help that’s most valuable, and communicating other special needs to the Municipality.

Finally, the Municipality’s pandemic response was also supported by its established relationships with diverse food systems actors. These connections made it easier for Municipal staff to create partnerships between the private sector and neighbourhood shops, and understand how distribution chains were affected across the system. “Because there were actors who were already working in collaboration, it was easier to connect with each other and, through that, implement a better response,” says Jácome Polit.

Gaps and opportunities for the future

Nearly a year into the pandemic, life is still far from normal in Quito. Most public markets remain closed in order to reduce virus transmission. This leaves food distribution almost exclusively to private markets, with small shops, urban farms, and food banks filling in the gap.

In many ways, the pandemic has provided an opportunity to test and tweak Quito’s resilience strategies in real-time. Several new measures involve a diversification of distribution channels, including the sale of weekly food baskets in local gardens, neighbourhood food delivery coordinated by collaborative partners, and an expansion of the urban agriculture program.

Ultimately, food is a public good, and the Municipality of Quito is constantly adapting to make that so. As Jácome Polit puts it: “When people cannot access or go to where food is, food finds a way to make itself available for people.” 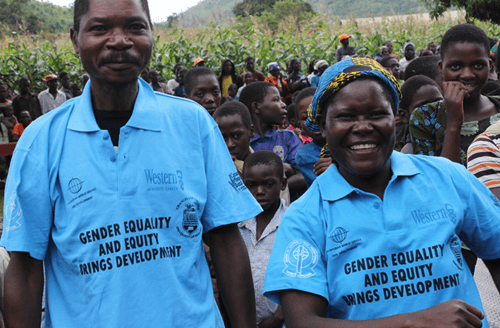 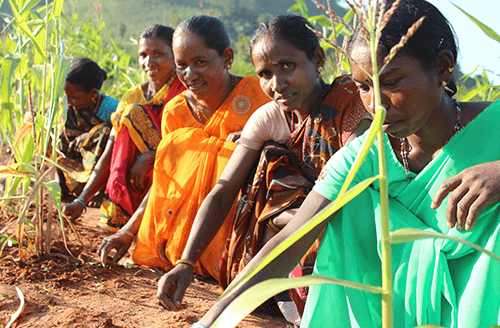