When it comes to feeding the world’s fast-growing population, productivism is often proposed as the silver bullet solution: the belief that we can solve all global food insecurity challenges by producing greater volumes of food.

The Common Market knows there’s a better way. Based in Philadelphia with locations across the American mid-Atlantic, southeast, and Texas, The Common Market is a non-profit distributor of sustainably grown food. These regional food hubs work with small-scale farmers to improve access to nutritious food for all, particularly vulnerable, low-income communities of colour.

The organization’s approach offers an alternative pathway to food security, based on shorter value chains, direct distribution, and fostering closer relationships between farmers and the people they feed. Over its 12 years of operation, The Common Market has moved more than US $63 million in food and invested $90 million into the communities where it works.

These successes—both economic and social—demonstrate the incredible potential of building responsive and impactful food system infrastructure and creative distribution models.

Leading change in one’s own backyard

The Common Market was first envisioned in 2003 when co-founders Tatiana Garcia-Granados and Haile Johnston moved to the North Philadelphia neighbourhood of Strawberry Mansion. Despite its opulent name—harkening back to a time when farmers renting the mansion would serve strawberries and cream to the public—Strawberry Mansion is ranked as one of the Philadelphia neighbourhoods with the worst health outcomes and obesity rates.

Community challenges quickly became apparent to the married couple: food insecurity, the demolition of homes, a mass exodus from the neighbourhood, and youth who were under-employed and unengaged. Driven by these observations and conversations with their neighbours, Tatiana and Haile began thinking about positive ways to engage the young residents of Strawberry Mansion.

Soon, they were constructing gardens in abandoned lots, planting trees, and brainstorming how food could be used to build the foundation of a healthy community. That included the need to improve access to more nutritious, affordable food. Despite our evolving global food system, neighbourhoods like Strawberry Mansion can be devoid of healthy food options and left behind in terms of market access. This is true across the United States and much of the world where lower income neighbourhoods are more likely to experience food insecurity.

Tatiana and Haile didn’t need to look far to find healthy food sources. “In Philadelphia and the mid-Atlantic, we exist in a place where small and mid-sized family farms are still vibrant and abundant. But while they’re literally an hour or two down the road, a lot of that product wasn’t finding its way into the communities where the greatest food access was needed,” says Tatiana.

That’s not to say local food systems weren’t in place. Locally-grown products were being sold at farmer’s markets, upscale farm-to-table restaurants, and through community-supported agriculture. But access was often restricted to the most affluent communities. “Our focus was really to try to figure out how to democratize food access and how to do so at an appropriate scale,” Haile concludes.

That statement from Haile is worth unpacking.

To democratize food access, The Common Market partners with institutional food services such as those within schools, hospitals, elder homes, colleges, universities, and correctional facilities. These institutions were almost completely unserved by small and mid-sized sustainable family farms, and yet they were also where many of the lowest income community members received the majority of their daily calories. By recognizing this gap, The Common Market has created a new opportunity for farmers and reached more people in need.

When it comes to scale, Tatiana and Haile have always focused on growing their activities to reach the greatest number of food insecure people, while selling the largest volume of food on behalf of their farmer partners. Though structured as a non-profit, they operate The Common Market as a social enterprise that can economically sustain itself while upholding its social mission.

Their work in Philadelphia has become a replicable model where the approach is being adapted to meet the unique needs of respective communities and the farming conditions in different geographies.

The Common Market first scaled to Atlanta in 2016, and the organization has since been working with a group that equips new Americans and refugee farmers with agricultural skills and land access. Another replication has since happened in Houston, Texas, and Tatiana and Haile have fielded interest from potential partners across the country.

Haile’s earlier phrase, “appropriate scale,” means being mindful of the costs of sustaining facilities, transporting products, and paying staff and farmers fairly. In the case of The Common Market, successful scaling extends beyond physical infrastructure, and hinges on building social infrastructure—the meaningful, transparent relationships that have been fostered between communities and rural farmers.

Tatiana and Haile are also committed to improving ecological outcomes to benefit people and the planet. Their team provides technical assistance to farmers, helping them understand market opportunities, plan crop plantings, and shift to more sustainable production practices. The latter not only helps regenerate and heal the environment, but is also a way for farmers to differentiate themselves in the marketplace.

The Common Market has more than 100 agreements with farmers across its regional chapters. By March 2020, all were beginning to plant under the assumption that the organization would bring their food to market.

COVID-19 closed nearly every one of the institutions where The Common Market had been selling. Flexibility and adaptation became business survival principles.

“We simultaneously recognized that with all of the job loss and health challenges that people were facing with the crisis, there was an even greater need for us to connect this high quality food with communities,” says Haile.

Much has been written about how racialized and marginalized communities are disproportionately affected by COVID-19. Public health data indicates that Black, Indigenous, and People of Colour (BIPOC) communities are at greater risk of contracting the virus, and the pandemic exacerbates the inequities that already face low-income families: levels of food insecurity, experiences with homelessness or crowded housing, and a greater reliance on jobs in the service sector.

To reach these communities during the pandemic, The Common Market began to identify and respond to emergency food assistance opportunities that emerged at the municipal and national level. With traditional supply chains facing disruptions and uncertainty, The Common Market again found its stride in working directly with local family farms, aggregating products and distributing them as part of a new, free-of-charge Farm-Fresh Box initiative. Funding for the boxes came from a variety of new partnerships created with federal and local government agencies, in addition to a number of community-based distribution partners.

“It was exciting for us to be able to build upon all of the relationships and systems we had in place, and really meet our mission in deeper ways than ever before” reflects Tatiana. Community-based distribution partners remarked on the quality and nutritional value of the food provided through the Farm-Fresh Box initiative—much different than the shelf stable, highly-processed food that is typically distributed by food banks.

Since March, The Common Market’s activity has increased 10 fold. That included a contract with the United States Department of Agriculture in the mid-Atlantic and southeast to distribute emergency food assistance.

To keep up with demand, the organization hired more than 150 people from communities most affected by the virus, many of whom lost their jobs or have been chronically under-employed.

The Common Market’s farmers are also thriving. “[Our partners] have shared the most remarkable stories of resilience and growth through this time,” says Haile. “This is becoming the best business year they’ve ever had.” With relationships strengthened and new communities reached, Tatiana and Haile hope that the Farm-Fresh Box initiative can continue post-pandemic under a fee-for-service model.

The Common Market’s mission demonstrates that addressing food insecurity demands looking beyond food production and distribution alone. It’s even about more than nourishment—it’s a sense of community, connection, and grounding and appreciation in place.

By helping alleviate poverty in American neighbourhoods and empowering local small and mid-size farmers, The Common Market team is hopeful that they can continue to inspire others and learn more from like minded solution-seekers worldwide.

Frecon Fruit Farms in Boyertown, Pennsylvania, was one of The Common Market’s partners in the Farm-Fresh Box initiative. Their fresh fruit stocked more than 642,000 boxes that were distributed across the mid-Atlantic region.

“It’s just great to be helping and to see how small farms working with an institution like The Common Market can be part of national disaster relief. I’m very proud,” says Steven P. Frecon, Owner and General Manager of Frecon Fruit Farms.

The Common Market purchased more than one million pounds of apples, peaches, cherries, and nectarines from Frecon Fruit Farm between mid-March and November 2020, totalling more than $525,000 worth of sales.

“The Common Market partnership helped keep our farm viable, kept employees working while millions of Americans were unemployed, and distributed our fruit to those in need,” Steven says. “This is why we farm.” 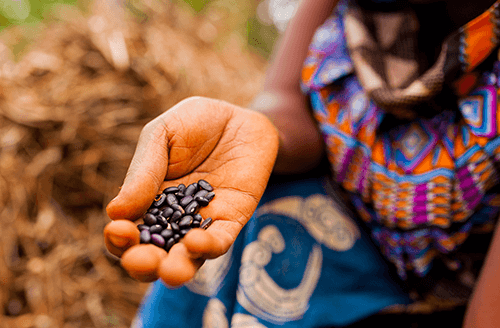 This collection of 33 African case studies counters dominant narratives about agricultural investments and land grabbing and shows the potential of agroecological methods to raise incomes, sustain productivity, improve livelihoods, and adapt to climate change. These examples can be used to show that Africans have found successful solutions to their own problems. 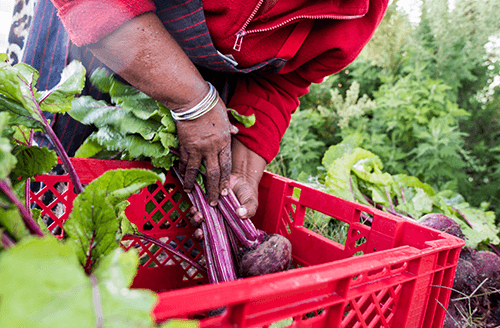 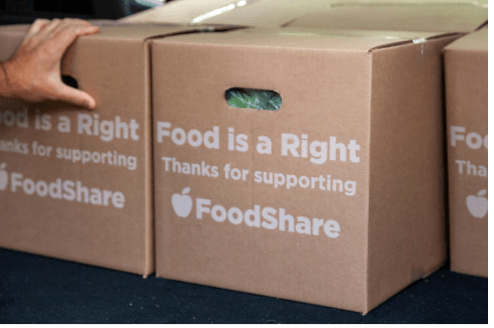